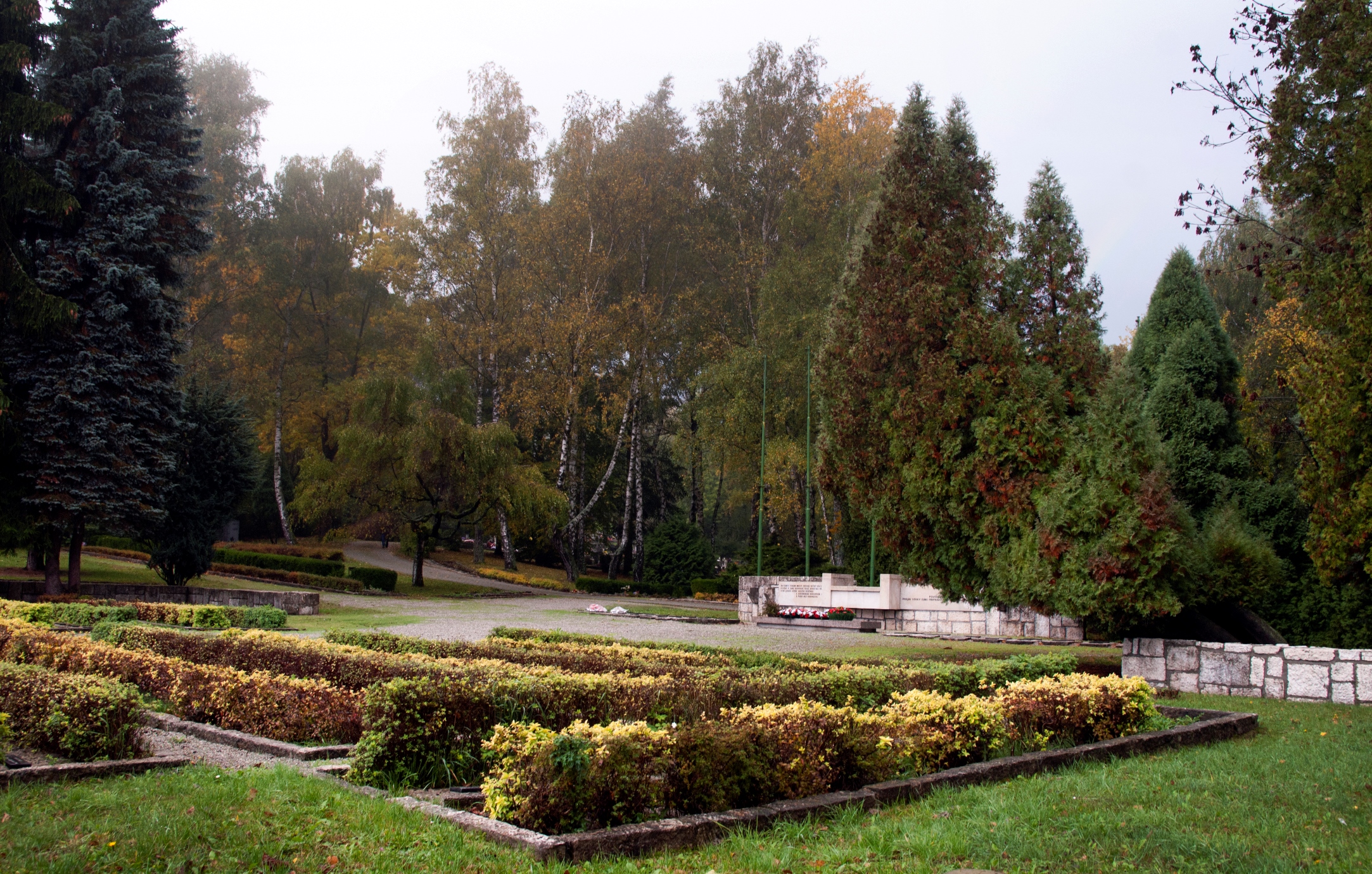 The urban project was designed by Ing. architect Jaroslav Krelina and Ing. architect J. Borkovec. The author of relief and monument sculpture created in 1951 is Frano Stefunko in the cooperation with Ladislav Snopek and architect Jan Svetlik. The urban arrangement came out from the terrain giveness and architecture of military cemeteries. The project and realization of park form was performed by the citizen of Priekopa – Mr. Vladimir Mamatej.