1. The multi-figural relief entitled as „Legend about work and fight“situated at the hillside and is his main dominating factor. 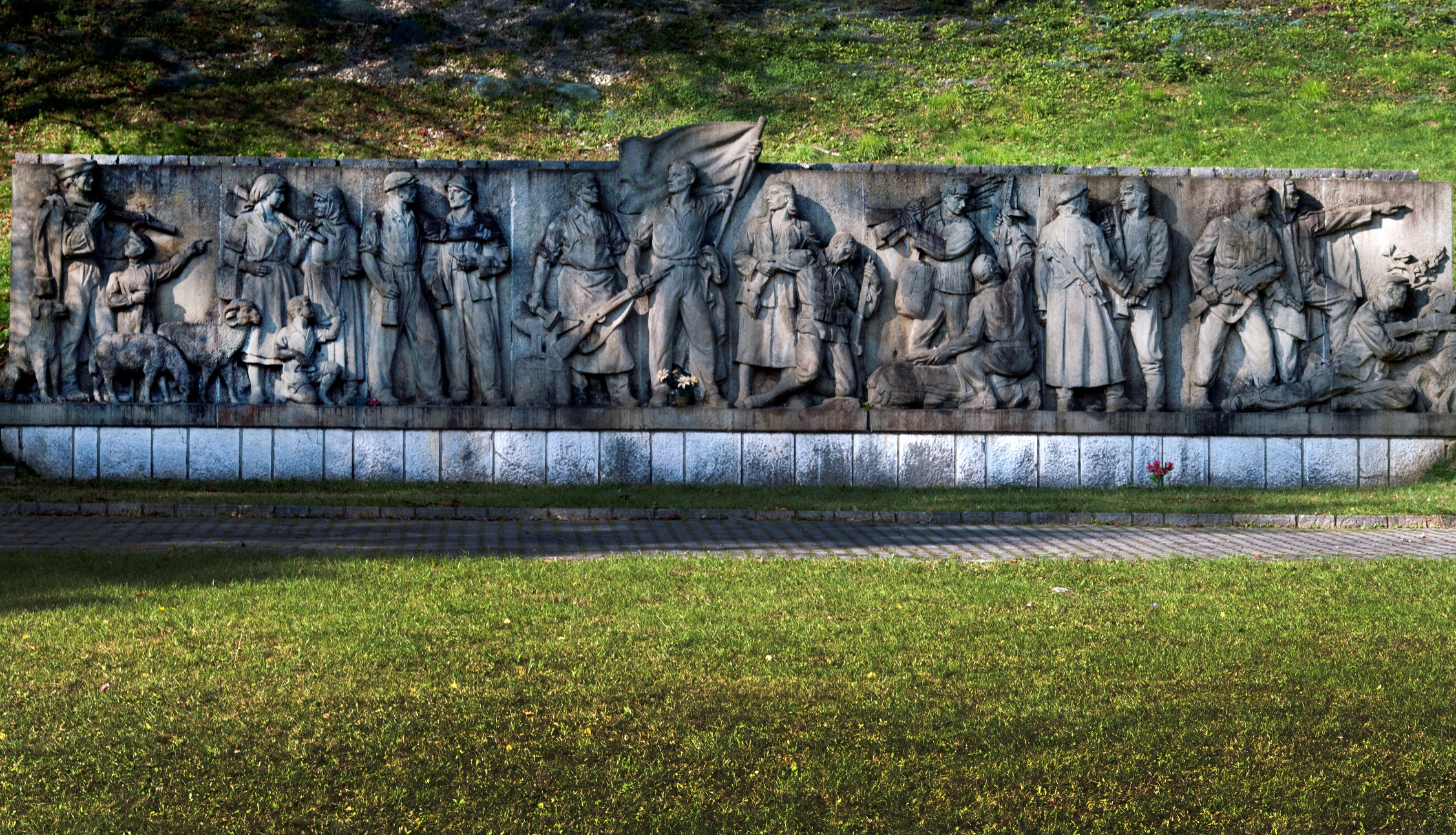 „Legend about work and fight“ is national cultural relic nominated in 1983. The relief Legend about work and fight was created in years of 1951-1953. Together with the statue of partisan is situated at the soldier´s cemetery where 747 of soldiers and partisans fallen in the Slovak National Uprising are buried. The cemetery with statue and relief are situated by national road Zilina – Poprad.

2. The statue of soldier entitled „Attendant of Slovak National Uprising´s heritage“ and symbolically „Attendant of sacred places“ too. 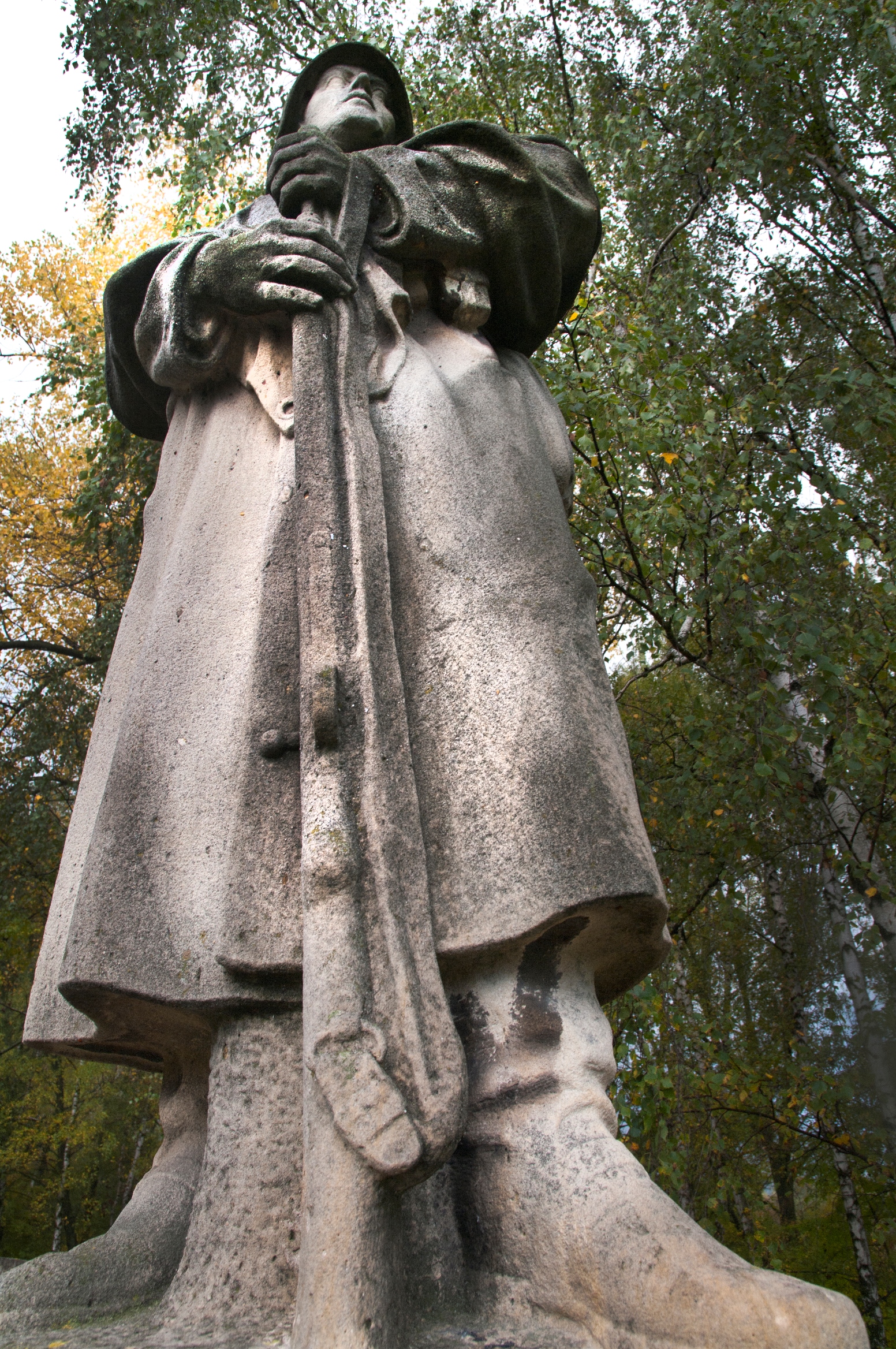 „Attendant of Slovak National Uprising´s heritage“ is national cultural relic nominated in 1963. The monument of Fallen, the statue of Partisan was embedded in 1954. Is situated by the national road Zilina – Poprad.

3. The monument in a form of column entitled as „Adjuration of Fallen“.. 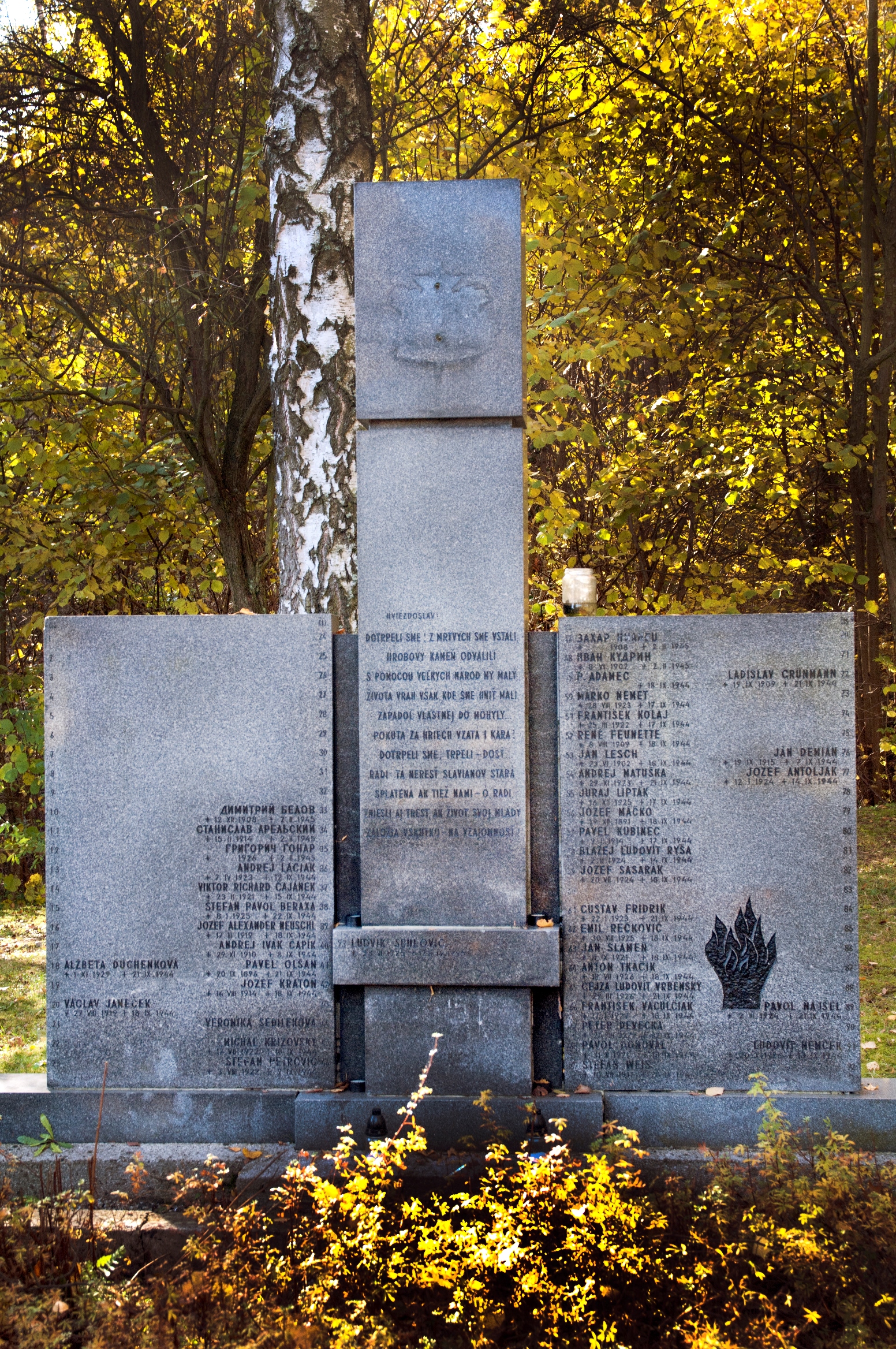 4. The formal part is closed by the ascending area with the horizontal reverent act

with flying of flags.. 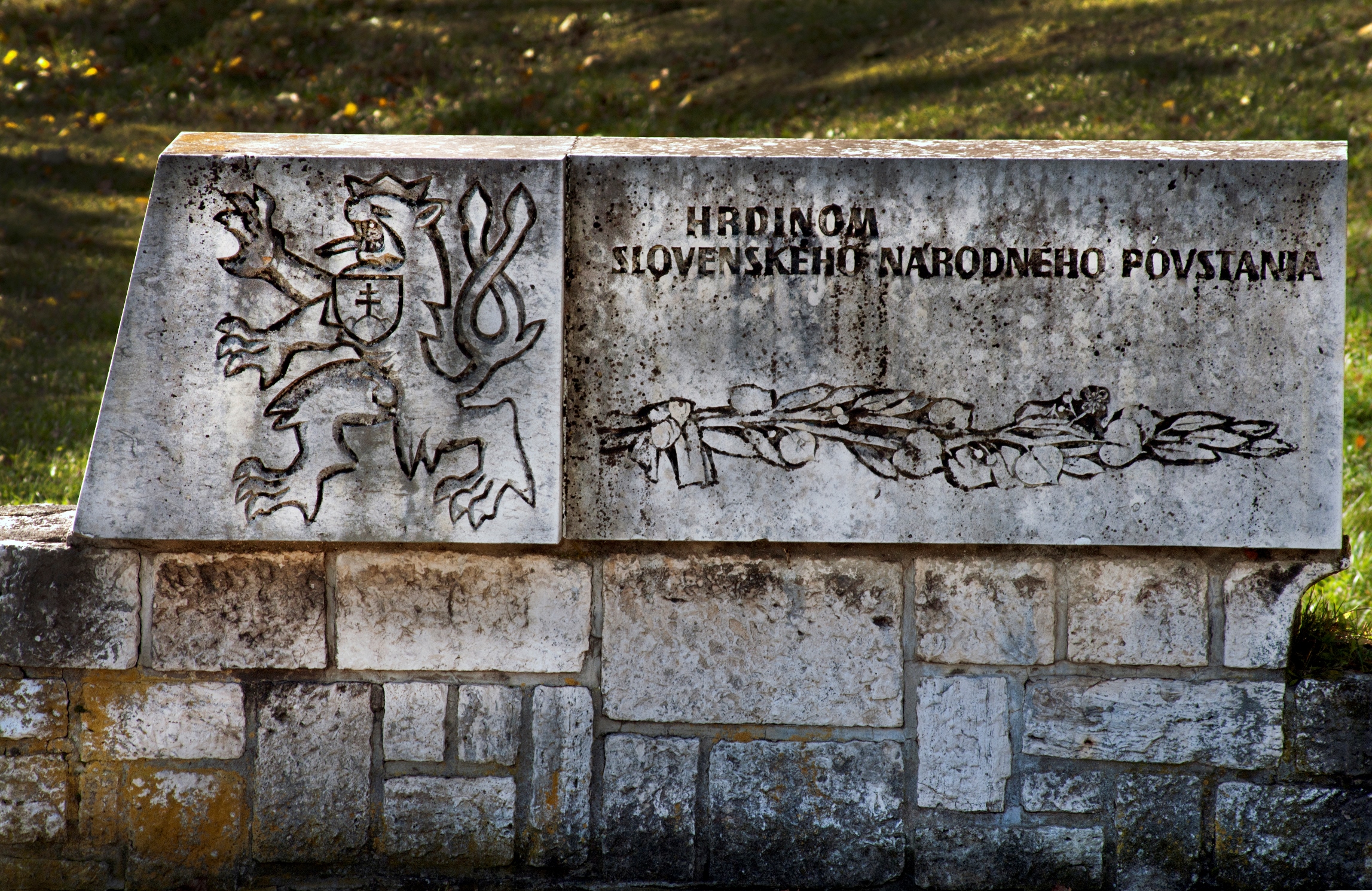